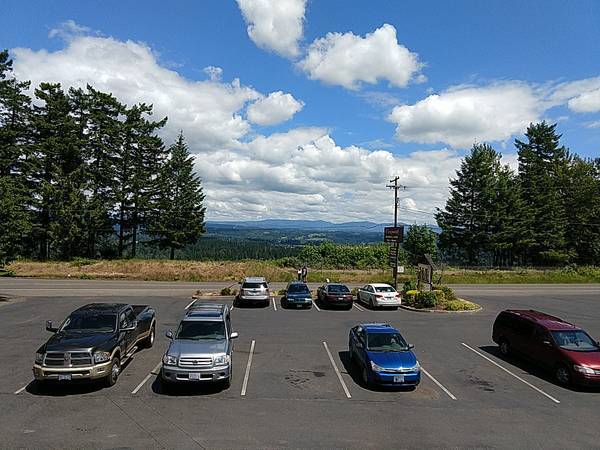 Well, I did it, created the first stash hunt stash and here are the coordinates:

This location is easily accessible with a car, and does not need any hiking. The original bucket no longer exists, but an Original Stash Tribute Plaque was created at this very spot. The description suggests:

don't forget to place your GPS unit on top of the plaque for a moment or two in order to receive extended battery life and super-accurate satellite reception!

Instead of a GPS unit that I do not own, I placed my head on top of the plaque for a moment or two in order to improve my puzzle solving skills. 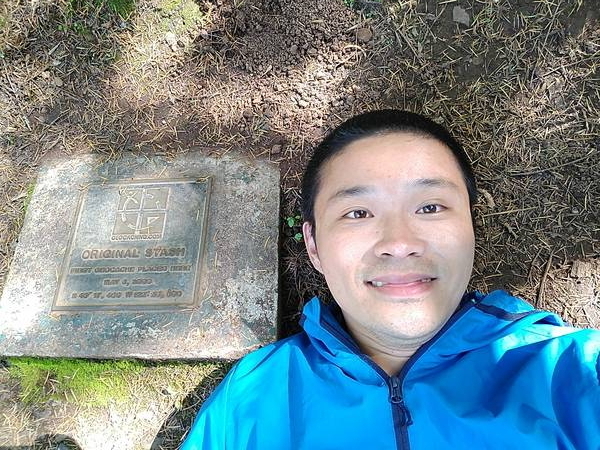 Apart from the plaque, there is a 5-gallon bucket hanging from a tree as the cache container. I signed the logbook, and traded trackables.

The Un-Original, published on 22 Oct 2000, is the fourth oldest active geocache in Oregon. It is "within 10 yards of the Original Stash", as the 528-feet rule was not established back then.

The container size is listed as a Regular. Officially, a Regular is size of a shoe box. Commonly, a Regular could be a lunch box or an ammo can.

I started searching. I looked everywhere that a Regular would fit, but found nothing. It's been half an hour, but I don't want to log a DNF (Did Not Find) on this important geocache.

My app says Georick402, my geocaching partner in Maryland, found this cache in 2017. I sent him a text message, asking for a spoiler photo that he normally collects every time he found a cache. Unfortunately, he's in Michigan and cannot access his photo library. But I got an encouragement:

As I continued searching, Georick402 was reading online logs (that somehow isn't shown on my app). He discovered an important fact: the container is now a film canister, not a Regular. With this knowledge, I found the cache instantly.

It seems that the container for this cache has gone through several iterations:

Facebook community thinks it's a throwdown, a poorly done one that does not even match the description. I logged a need maintenance for the container size mismatch, but I got the smiley.

My Oregon vacation continues with a GEO event in part 4.