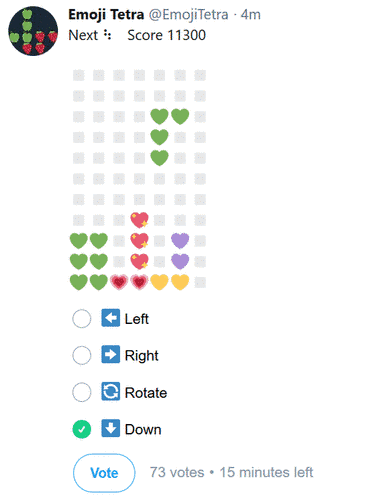 Twitter and Facebook are two primary social networks that I regularly use. Despite many arguments against synchronizing contents across different accounts, I still think it's beneficial to repost my tweets onto my Facebook timeline. There are already many solutions to achieve cross-posting between Twitter and Facebook, but they are not ideal, because I'm very picky on what I want:

IFTTT is one of my favorite online services. It allows me to create a recipe for certain automated actions. The name "IFTTT" stands for IF This Than That, where This could be "posting a new tweet", and That could be "posting a Facebook status". However, IFTTT does not allow filtering: I couldn't specify conditions like "the tweet is not posted by Swarm", which is necessary to achieve my goals. Therefore, I need a more advance solution to repost my Twitter feed to Facebook.

This year the world is greeted with Losant, an Internet of Things platform that allows makers to connect their sensor devices, collect data into the cloud, and take actions through workflow execution. While neither Twitter nor Facebook has anything to do with IoT, Losant workflow has some great capabilities that makes it suitable for non-IoT usage:

I have been look for a free SMS API since April, when my previous free SMS provider, IMified, announced its shutdown.

Zeep Mobile claims to be free forever (because it is ad-supported), but my sign-up is unanswered after a few weeks. Twilio and Tropo both give developers some free credit, but they charge money for production use. Other resources are suggesting an in-house solution: buy a SIM card with cheap / unlimited text plan, plug it into an old phone, and connect to the server; this still costs money, and is impossible for those using a VPS.

Google, the company who release an API for almost every product, does not provide a Google Voice API.