This morning I waked up to an email titled Welcome to Travis CI!.

Travis CI is a cloud-based Continuous Integration platform that automatically compiles and tests my code whenever I push a commit to GitHub, and warns me by email if there is an error. I started using Travis CI in 2014, so it feels weird to receive a "welcome" email today.

You are on Free.

You have 1,000 credits left - these will begin counting down automatically as soon as you run your first build. You can use your credits to build on both private and open-source repositories using Linux, macOS, and Windows OS. 1,000 credits will be replenished automatically monthly. Additional Credits purchase is not available for Free Plan.

Apple Card has no fees.

Not Apple Card has every possible fee.

So if your credit card is not Apple Card, maybe it should be.

Upon seeing this advertisement, I thought: Apple Card is not the only credit card that has no fees; my oldest credit card, Discover Card, also does not charge fees. Moreover, Discover Card has higher rewards in certain categories than Apple Card. Thus, I tweeted a reply under their ad, mimicking their grammar: 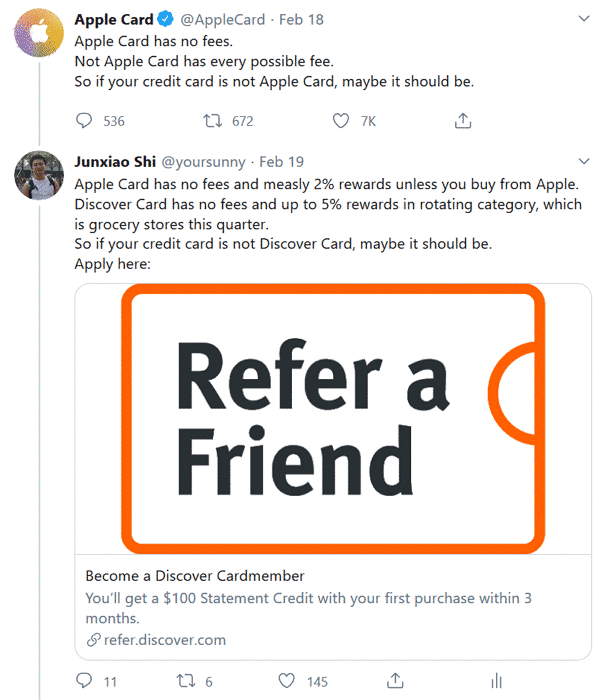 Twitterverse thinks I'm hilarious. They liked and retweeted my reply, so that it quickly became the top reply under the Apple Card ad, and everyone who expands the ad would see it.

The title comes from a geocache named Thought Provoker #3. Inside the container there is a thought provoking question:

If you could travel across the United States of America (and had no other obligations, financial or time constraints) what mode of transportation would you use and why? Walk/run, ride a bike, ride a motorcycle, hitchhike, drive a car, drive a RV/motorhome, take trains, or something else?

Here are my answers. 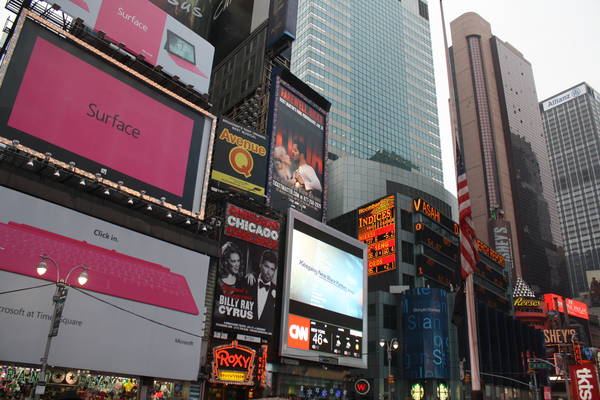