As the pandemic subdues, real world travels are resuming, but I can still do virtual travels. This article remembers my five trips to San Francisco Bay Area, a populous region in Northern California. 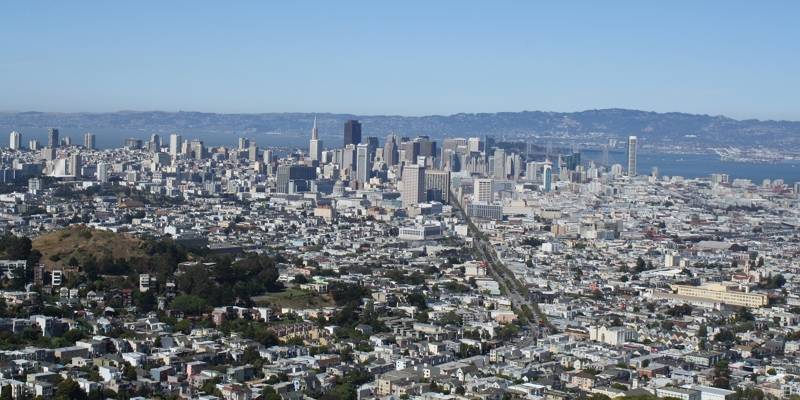 San Francisco as a Tourist

My first visit to the Bay Area was in June 2012, with my roommate John. We took a train to Los Angeles, and then travelled to San Francisco on Chinatown bus tour. 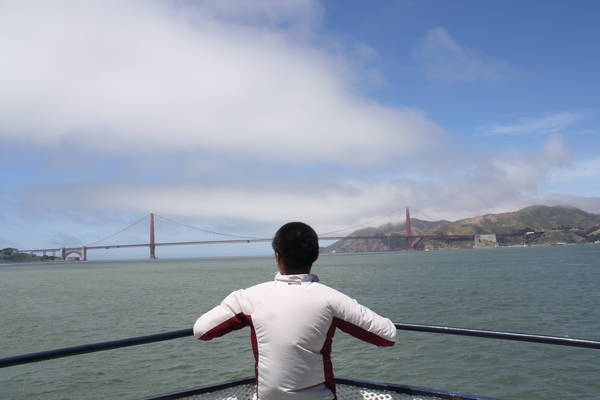 The bus tour squeezed all the major tourist attractions within one day:

My favorite is Lombard Street, which is known as "the crookedest street in the world" (but not the only one). Standing on the sidewalk, I can see a series of eight switchbacks decorated with trees and flowers, with vehicles driving through these sharp turns slowly and carefully. 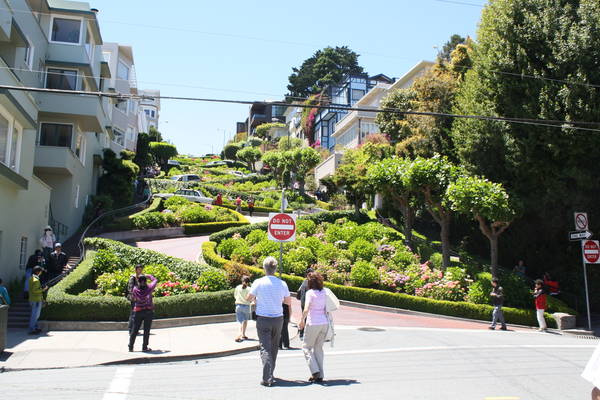 San Francisco Bay Area is home to Silicon Valley, a global center for high technology and innovation. During my final year at grad school, I was invited to several on-site job interviews at tech companies in this region. I wasn't able to get into those highly competitive positions, but I received five free trips to the Bay Area.

Typically, an interview is a two-day trip. On the first day, if I pick an early morning flight, I can arrive in the Bay Area around lunch time, and have an afternoon for sightseeing. The interview itself starts in the morning of the second day, and then I fly back to Tucson in the evening.

One of the places I visited in one of these afternoons is Computer History Museum, a museum that explores the evolution of our technological world. In its main exhibit Revolution: The First 2000 Years of Computing, I learned that: 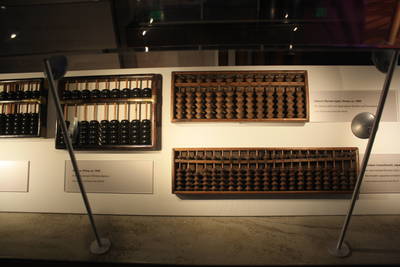 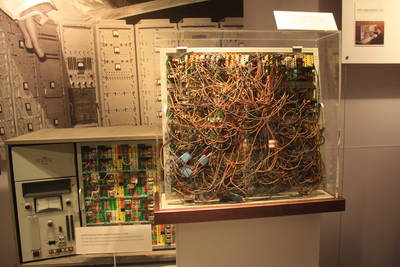 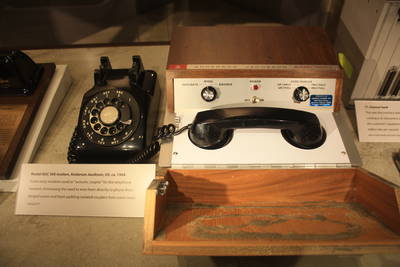 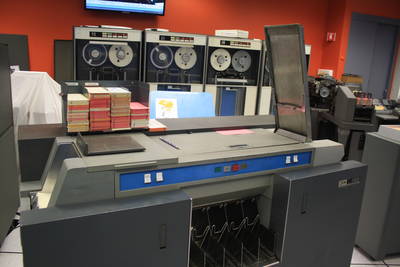 My favorite cabinet in this museum is the step-by-step process transforming a semiconductor crystal into an integrated circuit. I'm also excited to see a few "big" computers, such as IBM System/360 and UNIVAC. There are two functional room-sized computers, PDP-1 and IBM 1401, at the museum. However, there wasn't a demo scheduled on the day of my visit so I couldn't see these computers in action.

Another Bay Area museum I visited is Hiller Aviation Museum. It is an aircraft history museum, with a collection of about 50 aircraft.

Most aviation museums start with a (replica of) Wright Flyer, but I saw something older at this museum: an 1869 Aviator. The Aviator had no pilot and was a lighter-than-air flight, but it's 34 years older than Wright Flyer.

My favorite exhibit at this museum is the cockpit of a Boeing 747-100 airliner. The docent let me sit in the captain's seat, and then introduced to me some of the controls. 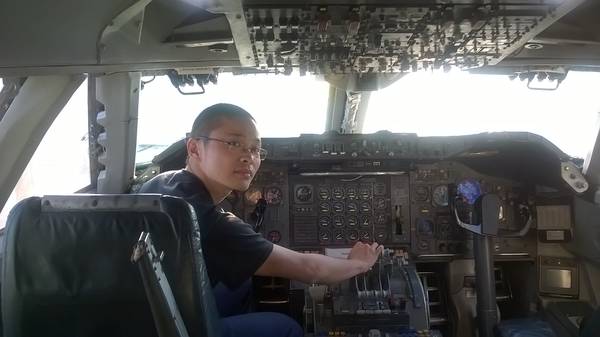 Hiller Aviation Museum is located adjacent to San Carlos Airport, a real-life general aviation airport. After I left the museum, I went to the end of SQL Runway 30, watching airplanes taking off and landing.

San Carlos is a general aviation airport that for light airplanes. As for major airports for commercial traffic, I've been to three: San Francisco (SFO), San Jose (SJC), and Oakland (OAK). If I was not provided with a rental car, I prefer mass transportation rather than taxis to reduce my carbon footprint.

I can leave SFO airport by Bay Area Rapid Transit (BART), a subway system with trains going to downtown San Francisco every 15 minutes. I figured out BART pretty quickly, because it's very similar to the subway systems in Shanghai and Beijing.

SJC and OAK airports did not have BART service when I visited in 2017, but they are close to Caltrain, a commuter rail system that runs around the San Francisco Peninsula, with trains every 30 minutes. Caltrain is full of traps to a visitor like me: I need a Clipper card for fare payment, and I must tap the card at the station before boarding a train and tap again at the destination after exiting the train. Forgetting to tap or double tapping would result in either a fine or being charged the maximum fare. 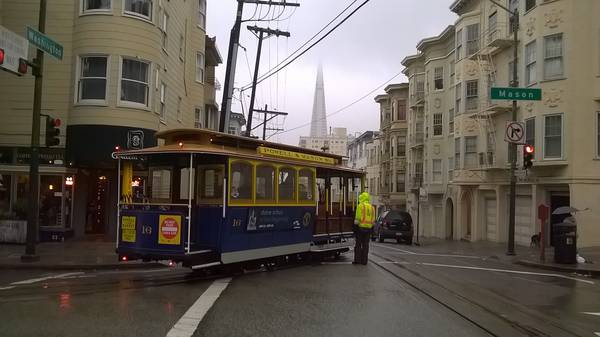 Rants aside, the most unique ground transportation system in the Bay Area has to be the San Francisco cable car system, the world's last manually operated cable car system. I rode the cable car in the rain, visited the Cable Car Museum to learn its history and operations, and then stood at a street corner to watch how gripman starts and stops the cable car at a hilltop station. It's an interesting experience to see, learn, and ride this national historic landmark. 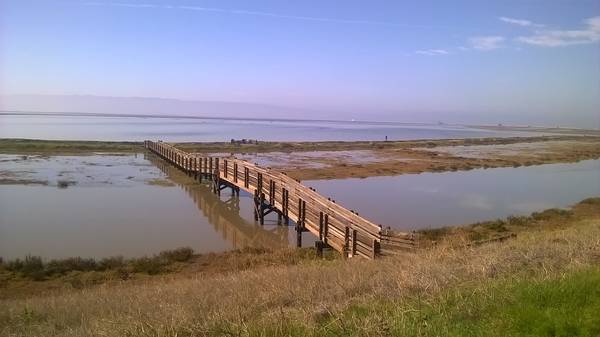 The first park I visited is Don Edwards San Francisco Bay National Wildlife Refuge. I selected this park because it has an unusual shape on Google Maps: dozens of thin curved lines surrounding dozens of small "lakes". When I arrived on site, I understood how the shape came to be: the refuge stretches along a marshy shoreline, where each "lake" is a pond, and each curved line is a levee that separates adjacent ponds and provides a hiking trail. There are 4 EarthCaches in this park, asking me to view and measure various sediments deposited in the levees and surrounding area. These are the first geocaches I logged in Northern California. I also hiked in the adjacent Coyote Hills Regional Park on the same day, and found my first physical geocache in Northern California. 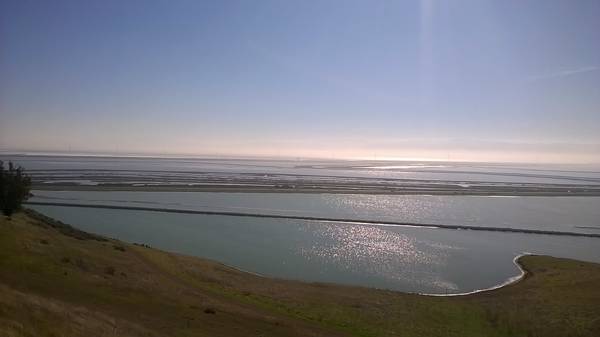 Apart from these, I also visited the oldest passenger railroad station in California, and found out what's behind Facebook's iconic 👍 sign. 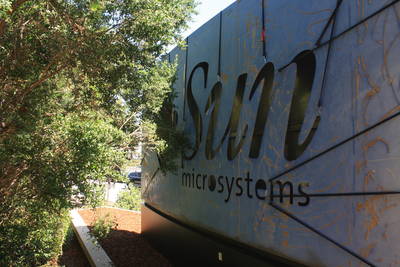 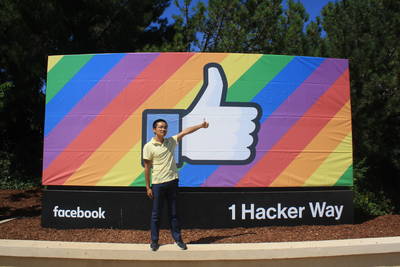 After six visits to the San Francisco Bay Area, I moved to east coast, and now lives very far from Northern California. Nevertheless, I still remember my short few days in the Bay Area, especially when I watch Silicon Valley HBO.