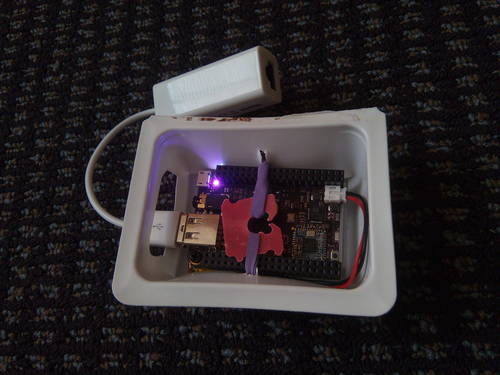 Do I have to spend a whole day re-compiling the kernel? It turns out that, I can build a single kernel module individually. After some trial and error, I figured out the exact procedure of doing so.

At this point, I'm ready to load the module with modprobe. In fact, the module would be loaded automatically when I plug in the USB Ethernet adapter.

The whole process took less than an hour, which is a lot less than re-compiling the entire kernel.

Reference: Oleg Kokorin's answer to "How to recompile just a single kernel module?"